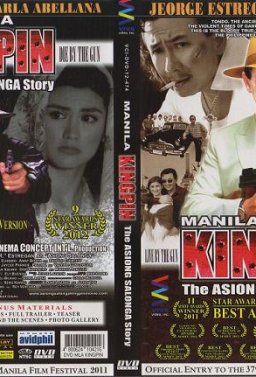 Manila Kingpin is based on the story of the notorious Tondo, Manila, gang leader Nicasio "Asiong" Salonga whose true-to-life accounts had been portrayed in several movie versions since 1961 (starring Joseph Estrada). It is also the first Filipino major film produced in black-and-white in the 21st century as well as the returning action genre movie.
Manila Kingpin is the replacing entry to the original projects "Mr. Wong" (starring Robin Padilla) and "Hototay" (Regal Films, starring Nora Aunor), after the latter two had backed out from the event.