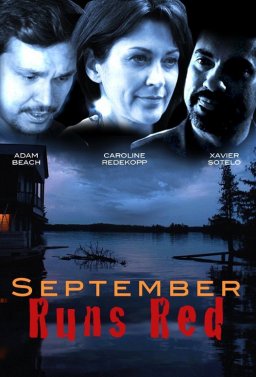 Taylor Evans, a successful, pretty modern day woman is finding her world rapidly collapsing around her as a sudden and unexplained phobia to water grips her psyche, shattering her fragile world. In desperation to save herself, Taylor reaches out to Dr. John Cane, a cast out phobia specialist, and ally of the worst kind. Dr. Cane, a notorious psychiatrist whose recent prominence and rise in the medical community is linked to a successful but controversial behavior analysis treatment he's pioneered on a desolate island. Reluctantly, Dr. Cane agrees to treat Taylor's irrational fear of water but on the sole condition the treatment take place on the remote island for her safety and wellbeing. Once on the secluded island, Taylor begins to suspect that Dr. Cane might not be giving her the whole truth, and that a terrible fate will befall her if she doesn't find a way off the island. Complicating matters further, Taylor learns Dr. Cane has a collaborator and a secret he's been hiding for ...