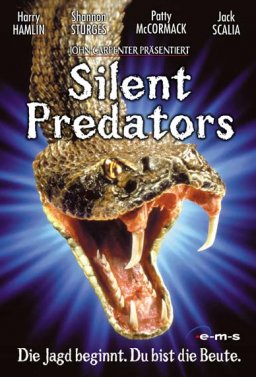 In 1979, a delivery truck makes its way up a lonely southern California highway in a storm, bound for the San Diego Zoo with a deadly tropical rattlesnake as cargo. When the truck suffers a blowout, the driver loses control and hits a tree, shattering the snake's aquarium in the back and the window separating the snake from the driver. The snake slithers into the front of the truck, kills the driver with its bite and then moves off into the forest. Flash forward to 1999. The small southern California town of San Vicente has grown from 6,000 to 30,000, and the rattler, which escaped nearby years ago, has bred. There are now 25,000 of these hybrid rattlesnakes, and they are slowly making their way downhill into the town, attracted by the movement of the blasting as the town paves its way toward progress. Progress, in this case, brings terror, in this tale originally penned by John Carpenter.